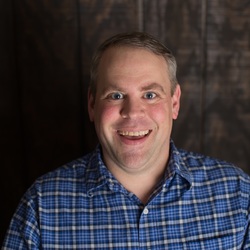 Mark J. Connor (b. 1971) is a composer, conductor, and educator whose main focus is writing for concert band, with works appearing on several state lists. His band music has enjoyed performances at several state music educator conferences, including TMEA, and his music is published by RWS Music Company, Grand Mesa Music, and Alry Publications. ​

Other highlights include performances of his chamber music at the Eastern Music Festival, Carnegie Hall (Weill Recital Hall), the Taliesin Art Centre (Wales), the Royal Welsh College of Music and Drama and the Galway-Mayo Institute of Technology (Ireland). He has had orchestral works performed by the Jacksonville Symphony as part of their Fresh Ink program and the North State Symphony. Mark has been commissioned by, or won awards from, the Jacksonville Symphony, the Eppes String Quartet, the Smoky Mountain Brass Quintet, Composers and Schools in Concert, and the Commission Project. He is also active as an arranger for a wide range of ensembles and genres including works for groups as diverse as guitar ensembles, brass quintet, saxophone trio, and jazz combos.

Mark has been an educator for over 20 years and has taught students at ages ranging from fourth grade through postgraduate. He is currently the band teacher at the Saul Mirowitz Jewish Community School. Prior to his current position, he was a Visiting Assistant Professor at Webster University and Western Carolina University, an instructor at McKendree University, and an adjunct professor at Maryville University, Southern Illinois University Edwardsville, Florida State University, and Florida A & M University. From 1997 to 2001 Mark was the director of bands and teacher at Palma High School in Salinas, California.

Mark is the host of Everything Band, a podcast that features interviews with leaders in the concert band, wind ensemble, and marching arts communities.
​
He currently resides in Glen Carbon, Illinois and is married to the cellist Marta Simidtchieva and has two children. His hobbies include martial arts and watching baseball, and he is a second degree black belt in taekwondo.